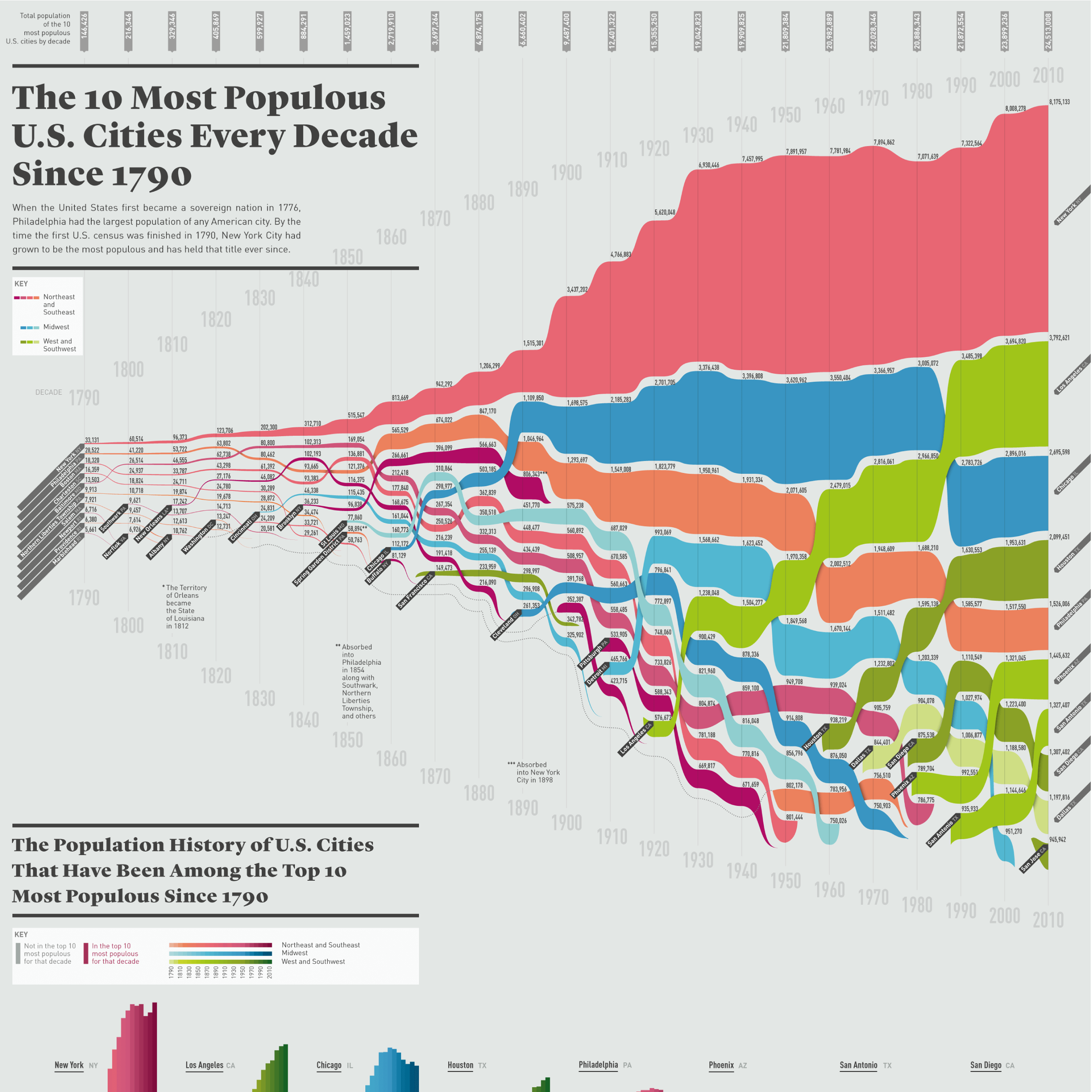 As historians know, the United States has populated from East to West, on a run of over two centuries from the first European settlements to the metropolises of today. Since the first ten-year census (1790), New York City has always been the most populated city in the United States; the other big cities of the east have slipped back into the rankings as the West has developed. Chicago, in second place since 1890, was overtaken by the Los Angeles metropolitan area between 1980 and 1990. As the country developed and expanded, statistics were needed for planning, and the census has evolved. By 1850, questions about social issues, taxation, churches, pauperism, and crime were added.