RAWGraphs is an open source data visualization framework built with the goal of making the visual representation of complex data easy for everyone.

The project, led and maintained by the DensityDesign Research Lab (Politecnico di Milano) was released publicly in 2013 and is regarded by many as one of the most important tools in the field of data visualization.

The team responsible for the design, development and maintenance of the project is composed by DensityDesign, Calibro and Inmagik, who joined the team in 2019.

For general inquires about the project, collaborations or press hello@rawgraphs.io

To report bugs, ask for help or request features open an issue on Github

DensityDesign is a Research Lab in the Design Department of Politecnico di Milano. It focuses on the visual representation of complex social, organizational and urban phenomena to support decision making processes at any level. Our interfaces are open, inclusive, and preserve multiple interpretations of complex phenomena. DensityDesign is committed to collaborating with other researchers and organizations devoted to academic independence and rigor, open enquiry, and risk taking to enhance our understanding of the world. 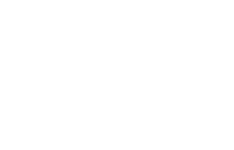 Calibro is a multidisciplinary design studio established by Matteo Azzi and Giorgio Uboldi in 2015 in Milan. We are interested in exploring new pathways at the intersection between design, data visualization and humanities. Our background is in communication design and for several years we worked at DensityDesign Research Lab at Politecnico di Milano where we have been part of the team who created RAW. In the past few years we have been involved in research, consulting and teaching activities for several public and private institutions. 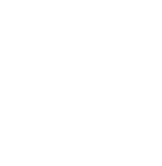 Inmagik is a studio based in Bergamo (Italy), focused on the development of web applications, mobile apps, data management systems and interactive user experiences. We love open source components, languages and frameworks and have a lot of experience in the field of data visualization.

How to cite RAWGraphs

If you have found RAWGraphs useful in your research, or if you want to reference it in your publication, please consider to cite the paper we presented at CHItaly 2017.
You can read the article in Green Open Access at the following link: